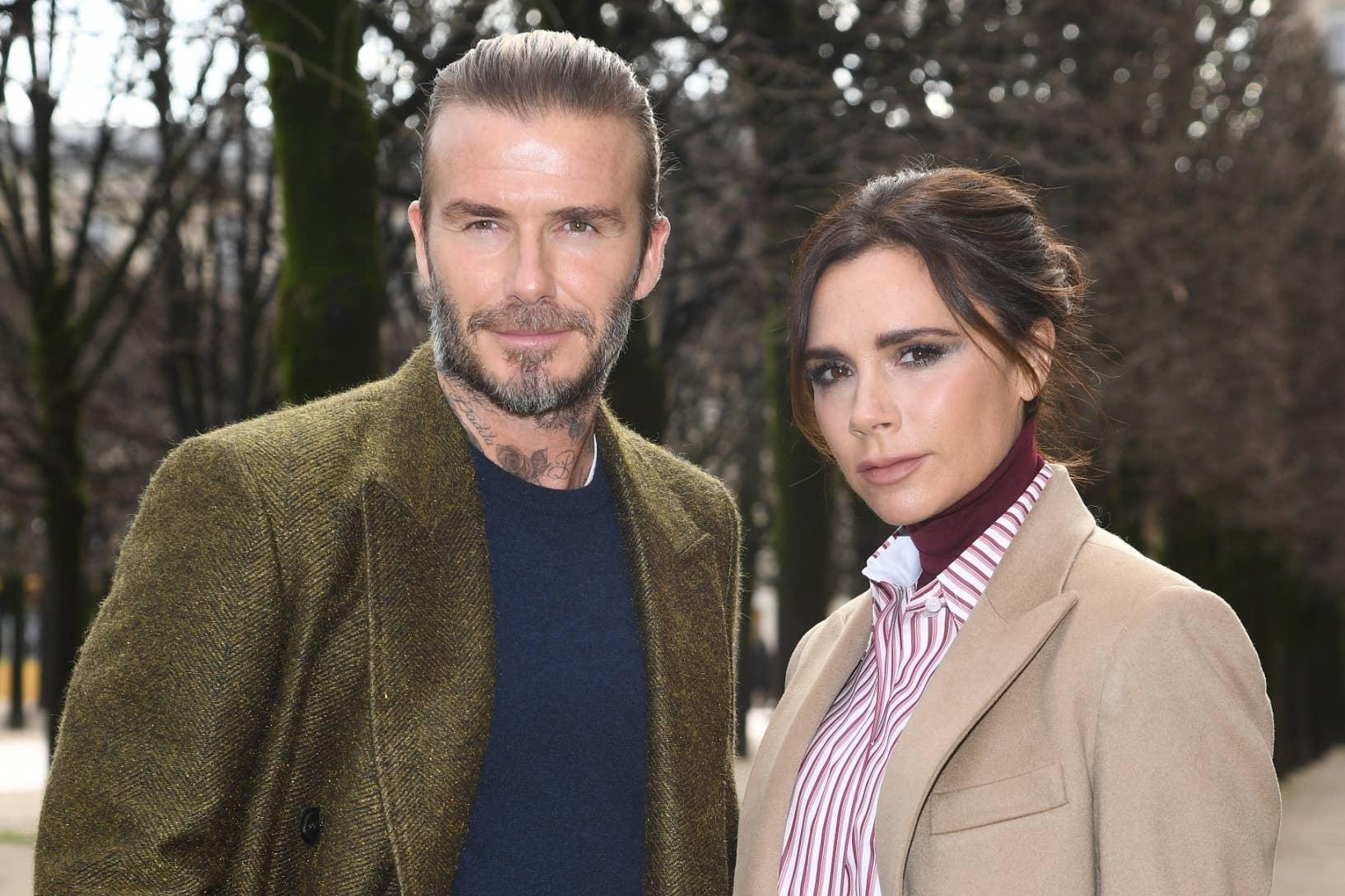 David Beckham has shared a photo showing him wearing a bold cardigan, seemingly against the advice of his fashion designer wife.

The former Manchester United and Real Madrid star showed off his rustic look on Instagram, complete with a flat cap and a large walking stick, in front of a field of yellow flowers.

He shared the caption: “Gorgeous day, [Victoria Beckham] not a massive fan of my cardi but I think it’s a good look.”

He said: “Adidas tracky for walks mate works as well.”

Victoria Beckham is a fashion designer and runs her own label. In response to the recent anti-racism protests around the world, she shared her own thoughts on how her business and the fashion industry should respond.

Ms Beckham said on Instagram: “Watching things unfold and learning more about the Black Lives Matter movement, I’ve been truly sickened by how deeply ingrained racism is in our society.

“It’s clear that it’s each of our responsibilities to speak out and I want to use my platform for education, conversation and change.”

She added: “Whilst things won’t change or be solved in a day, we clearly can’t wait another day to start and I am absolutely committed to being better and doing more, both personally and professionally.”

How to Fit your Stuff into 100 SF – Bearfoot Theory

Balmain creative director Oliver Rousteing, the designer of Somalian-Ethiopian descent who was appointed to his position at age 25 in 2011, forged a speedy path to the top in an industry that has been primarily white.

“Being young and Black were two strong new elements in France, above all for a French luxury brand born in 1945,” he said in a panel hosted by Vogue Business in partnership with the Fédération de la Haute Couture et de la Mode. “I remember magazines and press questioning my age and my background and never mentioning the colour,” he said. “But I could see from the questions that I had in the beginning that for them it was: ‘Let’s see if he is capable’. The question was not only about age and talent but as well about my colour.”

As Paris Fashion Week takes place digitally amid worldwide Black Lives Matter protests, the fashion industry is reflecting on its lack of diversity. A main takeaway of the discussion, which also included Rawdah Mohamed, a Somalia-born model who stars in the new Sephora campaign, LVMH head of diversity and inclusion Hayden Majajas and Benoit Guinot, co-founder of The Claw Models agency, was that the commitment to diversity in fashion must become embedded throughout the whole fashion system.

“In order to authentically respond to diversity, it has to become part of how we operate, as an industry and a company. It has to become systemic,” said LVMH’s Majajas.

Recruitment is key. As a big corporation, LVMH has the resources to seek diverse talents wherever they are. However, said Majajas, “it’s not just LVMH that has the resources, everyone does. It takes the desire to do so and take some actions”. Hiring is only half of the conversation though, according to Majajas, and it’s equally important to create a sense of belonging, inclusion and psychological safety for people of colour working in fashion.

“I would never advocate that diversity ever becomes the diversity police. We should never be standing at the atelier door saying yes and no to products. The intricate balance here is the difference between having a voice and actually being heard,” Majajas added. “I don’t think that missteps and problems in this industry are going to disappear anytime soon. We need to talk about this more.”

Breaking into fashion wasn’t easy for Rawdah Mohamed. She recalled growing up in a refugee camp in Somalia, where she would get new clothes once a year. “I would go around the tents and show off my dress. Fashion has always made me feel out of the bad situation I am in and if I focus on the positive I can manage.” She flew to Norway with her family to escape the Somali Civil War and stood out as a Black girl wearing the hijab. “Magazines never had Black models or anybody who ever looked like me so I felt pushed out and wanted it even more. I thought if I went through the war and survived it, I can definitely survive in fashion.’”

The new frontier for fashion and politics

Rousteing recalled having to fight to have a diverse casting on his catwalk and campaigns in the beginning at Balmain. “Today we see more diversity, which is great, but we have to make sure that it is a reality that people want to see and not a trend,” he said. “What I am doing is normal and nothing special,” Rousteing also said, referring to the diversity in his casting. “What is not normal is a lack of diversity. We know the brands that do that. The casting and the vision is actually much more important than the fabrics of the clothes.”

Guinot, of The Claw Models agency that represents Mohamed, saw an increase in the demand for Black models since the Black Lives Matters movement. “I am afraid of the trend and the fact that everyone wants to jump on it now. Of course it’s still visibility for people of colour and diversity but the real matter is what are we going to do after that? How do we make sure that this is going to last?” One way, according to him, is to educate brands about the commercial value of diversity, that goes beyond the one-off creative statement.

To receive the Vogue Business newsletter, sign up here.

Comments, questions or feedback? Email us at feedback@voguebusiness.com.

More from this author:

Paris Fashion Week tries out an all-digital format, just this once

Jewellery spending is down. It’s still a good bet