UCLA made some unexpected news on Saturday when Ben Bolch of the Los Angeles Times reported that Under Armour is trying to get out of its record apparel deal that it signed with the school in 2016. The Bruins and Under Armour agreed to a 15-year, $280 million contract that launched on July 1, 2017, so obviously it isn’t anywhere close to ending.

This isn’t something that happens too often so early in a contract, but these are unprecedented times amid the coronavirus pandemic. Under Armour can’t be 100% sure that its logo will feature on UCLA jerseys this fall for a full season in the worst-case scenario that the pandemic worsens, and if football proceeds as expected, the Bruins have not made the jump under coach Chip Kelly that many hoped for when he arrived in 2018.

UCLA alumnus and former longtime NBA wing Matt Barnes explained on Twitter that it might not be the worst result for the Bruins if Under Armour successfully terminates the deal.

This could b a blessing n disguise. Although losing that $ will hurt,UA gear is trash! In talking 2 these young athletes they wanna go2 a school that can prepare them 4 the nxt level & get dope gear in the process. I personally feel the @UCLA UA deal has hinderd their recruiting

While there’s little doubt that Nike remains ahead of Under Armour in terms of brand size, recognition and even the coolness pecking order, it’s unclear if UCLA could get a comparable deal on the market now. And that money is hard to replace, especially during a pandemic. The UCLA deal set a new record — Texas and Ohio State were the two apparel deals, both with Nike, that had been considered the richest in college athletics. Each was worth roughly $250 million over 15 years, which equates to a little over $16 million per year.

If Under Armour terminates the deal, it would leave the Bruins to take a massive hit. UCLA’s athletic department is facing an approximate $19 million deficit from the 2019 fiscal year, according to a Jan. 24 report by the San Jose (Calif.) Mercury News.

The Bruins managed to generate $108.4 million in revenue but accrued a whopping $127.3 million in expenses. The financial numbers took a turn for the worse during the stretch where head football coach Chip Kelly went through a tough first season and former head basketball coach Steve Alford was fired.

Those factors created a situation wherein UCLA posted a loss for the first time in 15 years. Even in that year, 2004, the Bruins reported a deficit of just $164,000.

Football and men’s basketball are two main reasons why UCLA finds itself in a financial hole. In the 2018 fiscal year, the university doled $12.5 million to buy out former head football coach Jim Mora when he was fired.

In the 2019 fiscal year, the Bruins paid $3.9 million to buy out Alford and gave new head men’s basketball coach Mick Cronin a $2 million signing bonus. According to the report from the Mercury News, donors agreed to help with those buyouts, but that will come in incremental amounts over time.

The expenses for Olympic sports have also shot up for UCLA in the last couple of years. Over the last two fiscal years, the budget for those two programs has increased by 17 percent or $5 million. Increases in travel and coaching salaries contributed to a lot of that.

Under Armour to discontinue record apparel partnership with UCLA Malaika Arora recently posted a fun story that defined fashion in COVID-19 times. The post defined four types of dressing styles that one could adopt during a pandemic. She also added many other interesting stories on her social media. Take a look at her snaps. 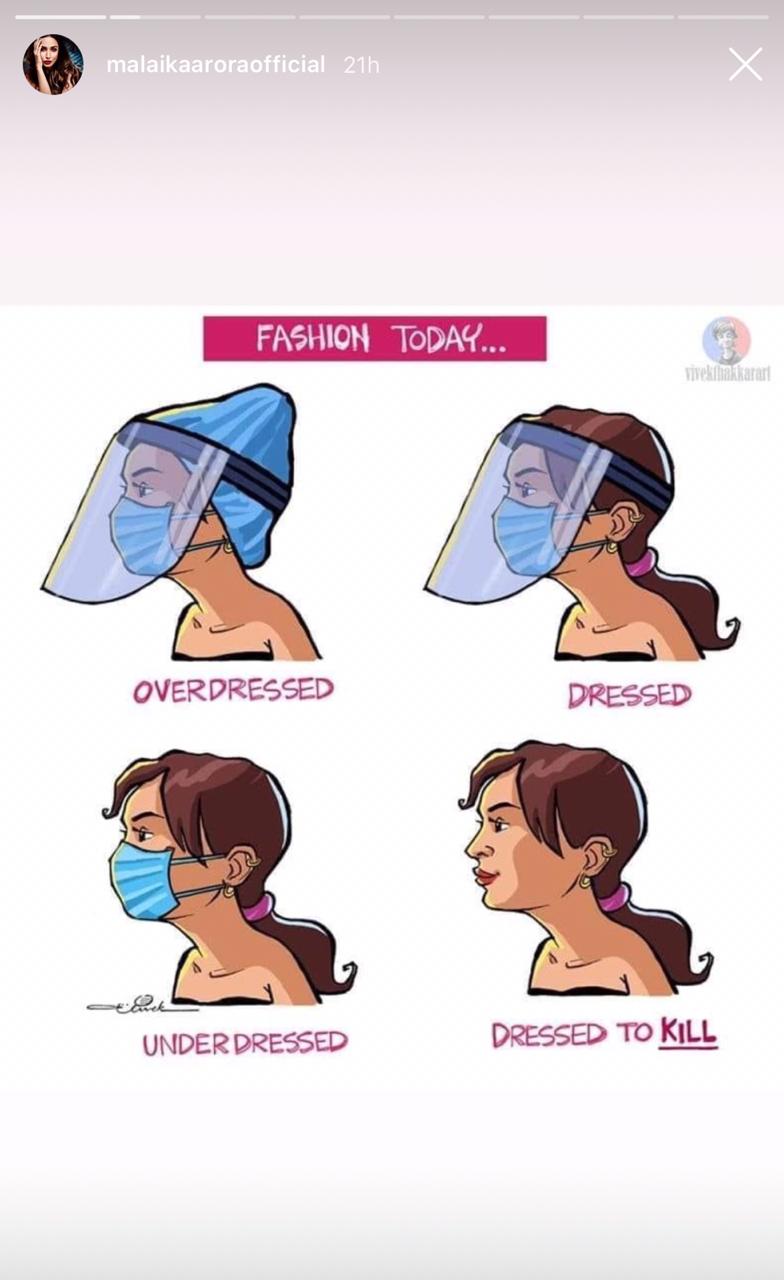 Malaika Arora recently posted an interesting post related to pandemic fashion on her Instagram story. The post featured an animated girl who was seen in four avatars with the caption: ‘Fashion Today’. In the first version, the girl wore a complete PPE kit over her face and hair. The version was captioned, ‘Overdressed’.

Malaika Arora is very active on social media and keeps posting updates regarding her life. In the next snap in her story, viewers could see chilli peppers and a bottle of chilli garlic sauce. She captioned the picture – Uff u beauty. Take a look: In another snap, the actor uploaded a boomerang video of her dog. Her dog looked very tired and sleepy. The dog had its face leaning on the sofa as well. She captioned this picture, ‘So Sleeeppyyyyy my baby’. Take a look at the snap: 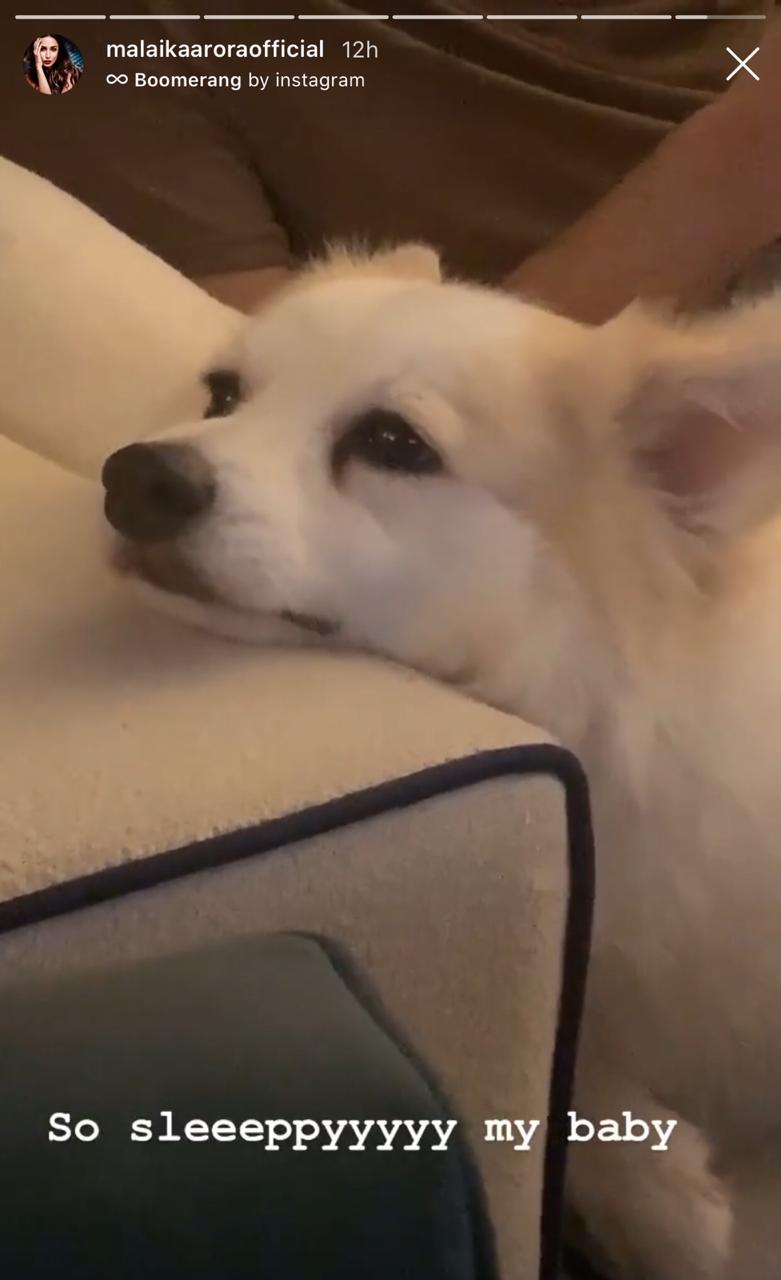 Apart from her stories, Malaika posts many yoga pictures for her followers as well. The fit and lean actor shares fitness tips and tricks with her followers for healthier living. In the post below, viewers can see Malaika doing the Marichi’s pose or the Sage pose. She wrote: “Hey guys, hope you all are staying in, staying safe and staying happy! Here’s a little something to make your week happier – (#) Malaika’s Move Of The Week (#) Malaika’s Monday motivation… This week’s pose is the Marichi’s pose or the Sage pose, it’s a great stretch/twist, great for lower back pain, tiredness and digestion…” Take a look at the post:

Get the latest entertainment news from India & around the world. Now follow your favourite television celebs and telly updates. Republic World is your one-stop destination for trending Bollywood news. Tune in today to stay updated with all the latest news and headlines from the world of entertainment.