For many brands, 2020 will be the year they “pulled up” to stop racial injustice, both in the fashion industry and beyond — but not for Prabal Gurung. Since founding his namesake brand in 2009, Gurung has been constantly fighting to make the fashion industry a more equal place at every turn, which is now underscored by the revival of a relevant past project. Announced on Jun. 3, Prabal Gurung’s “Stronger In Colour” collection is getting a second life, continuing the commitment to diversity and inclusion that’s been the brand’s lifeblood from the start, selling 100% charitable tees and hoodies for a noble cause.

Available on its site right now, shoppers can choose from two unisex styles, in two shades — a basic tee ($95), or a basic hoodie ($175), in either black or white. In multicolored typeface, each reads “STRONGER IN COLOUR,” echoing the longtime ethos of the New York-based womenswear brand. To sweeten the deal, 100% of net proceeds will be donated to The Bail Project, which is presently focused on combatting the mass incarceration disproportionately affecting the Black community.

Right now, there’s a disparity between brands who have been posting fervently in accordance with the present moment, and those who were slower to respond. The Nepalese-American designer has, alternatively, been using his near-750,000 following to get messages out around the clock, spread powerful footage of protests and messages of hope. Still, he believes there’s more to be done. “We have posted, donated, signed petitions, marched in protests, spoken on panels, and shared important resources – but this didn’t feel like enough. This is just one additional step, and we know there is still more we can do,” shared Gurung in an Instagram post this week.

Available now through Jun. 15, shoppers can purchase the tops exclusively on Prabal Gurung’s site. To participate in the movement and support the brand’s initiative, browse the styles ahead — and, you can shop rest assured that your full contribution is paid forward. And, as the fight continues, some words of encouragement from Gurung’s Instagram: “…as we walk through the streets alongside protests, and unified chants for justice are heard around the world, it feels as though we are on the precipice of true change as this movement barrels forward.”

Shop the Anklets Trend for Summer 2020

Gone are the days of anklets made with friendship-bracelet kits (you know the ones we all used to don in the ’90s and early 2000s)—today’s renditions are modern and sophisticated. Gold chain anklets were often spotted at fashion week paired with the latest Bottega pumps, but for this summer, we’re opting for more casual styling. They pair nicely with shoes that bare your ankles—think flats, sandals, etc. For cooler seasons, more refined anklets look amazing over a sheer pair of black tights. Ahead, we’ve rounded up 14 of our favorite styles, as well as three ways to wear them. 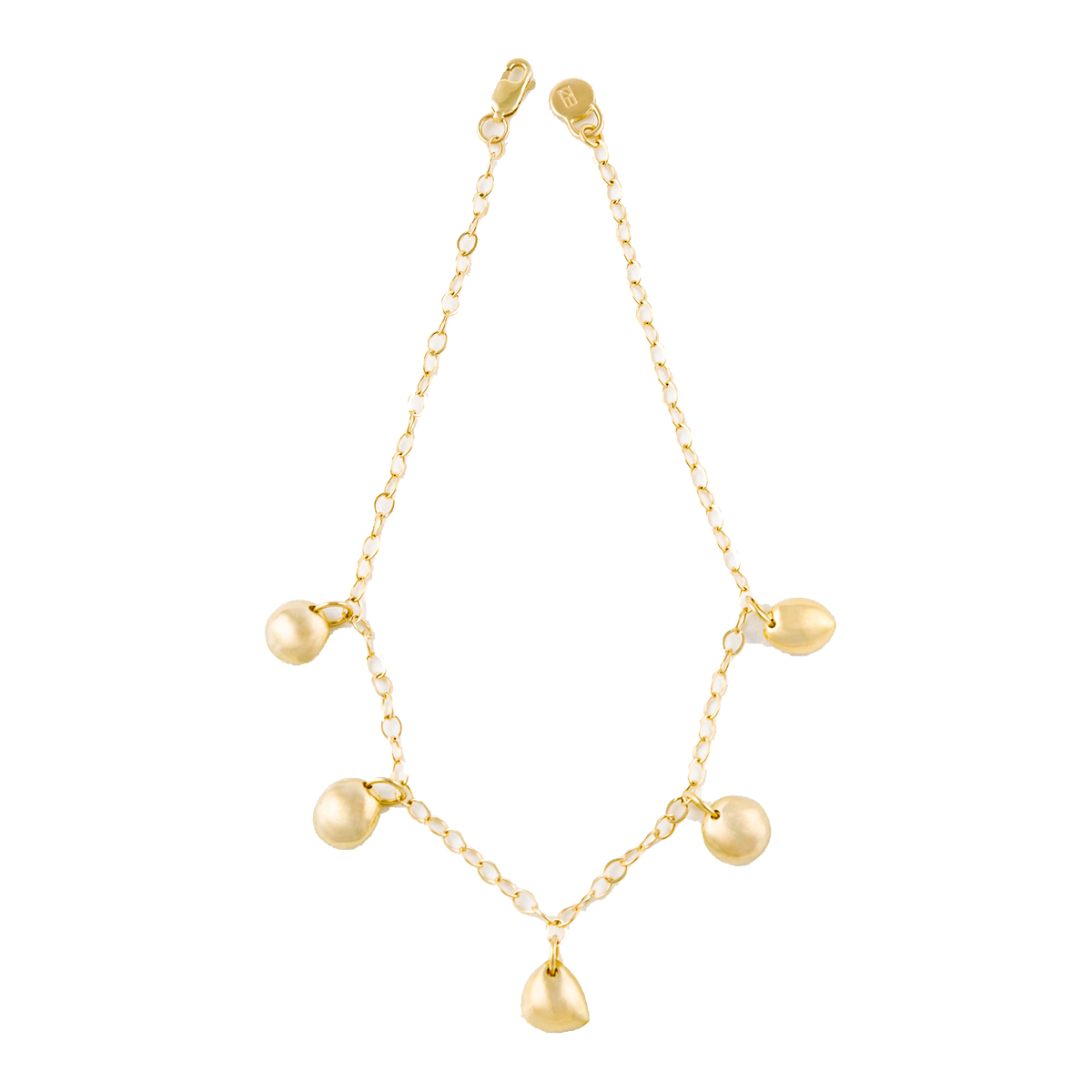 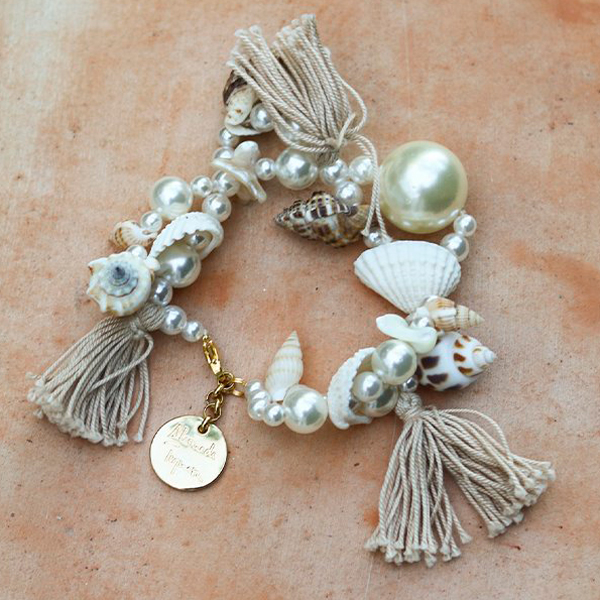 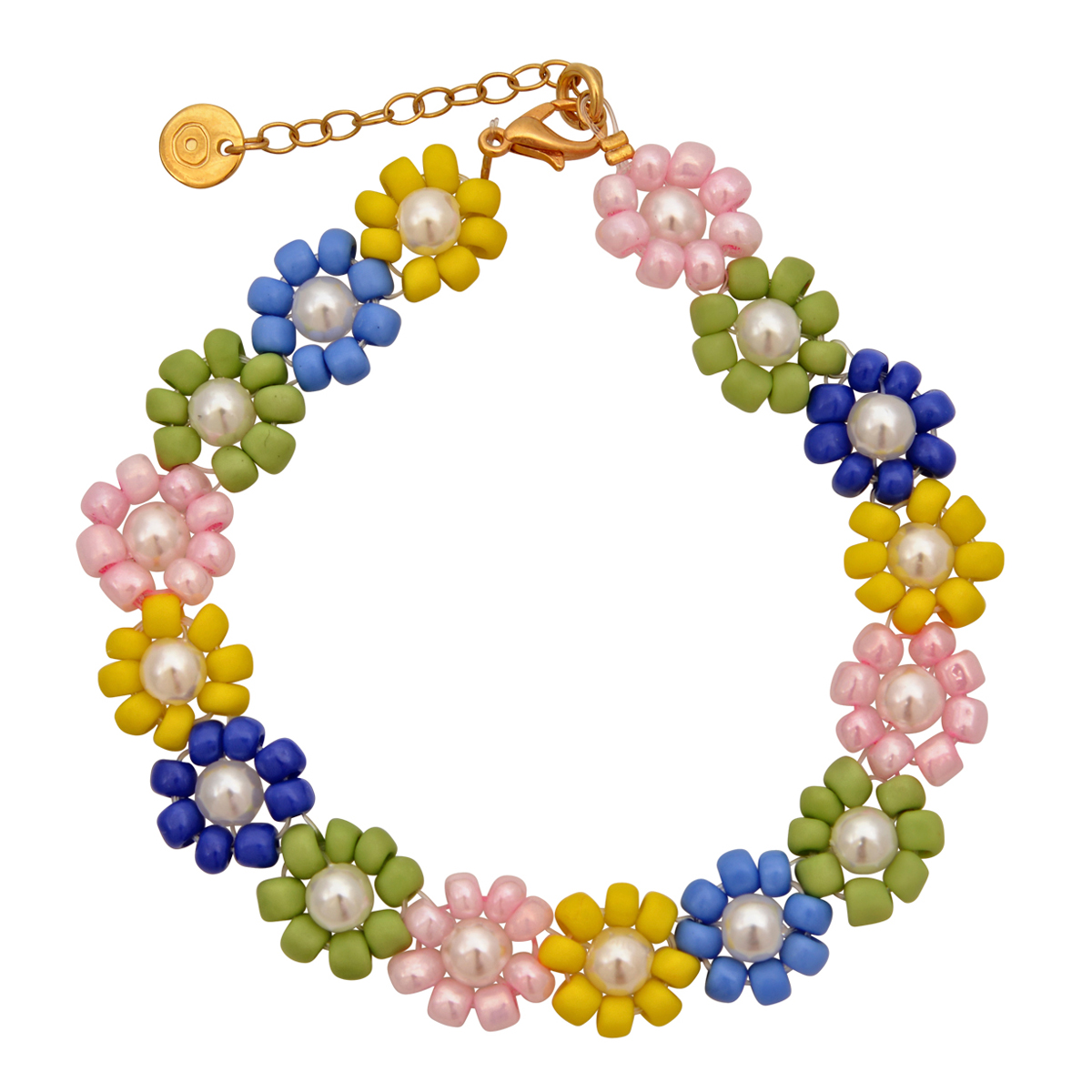 It’s Gonna Be May Anklet$55 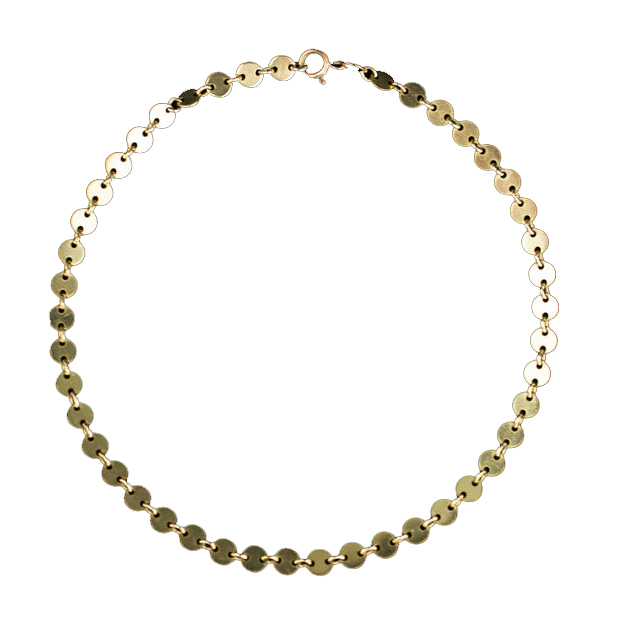 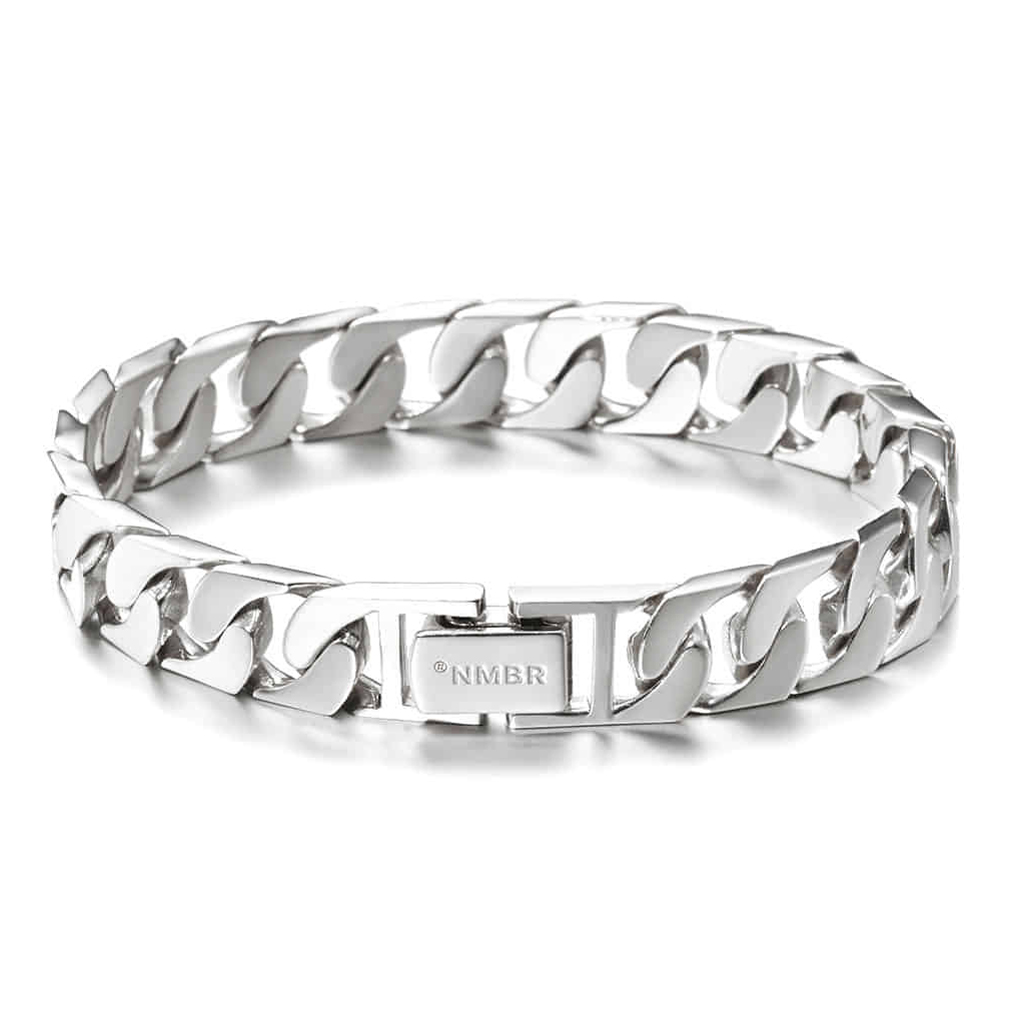 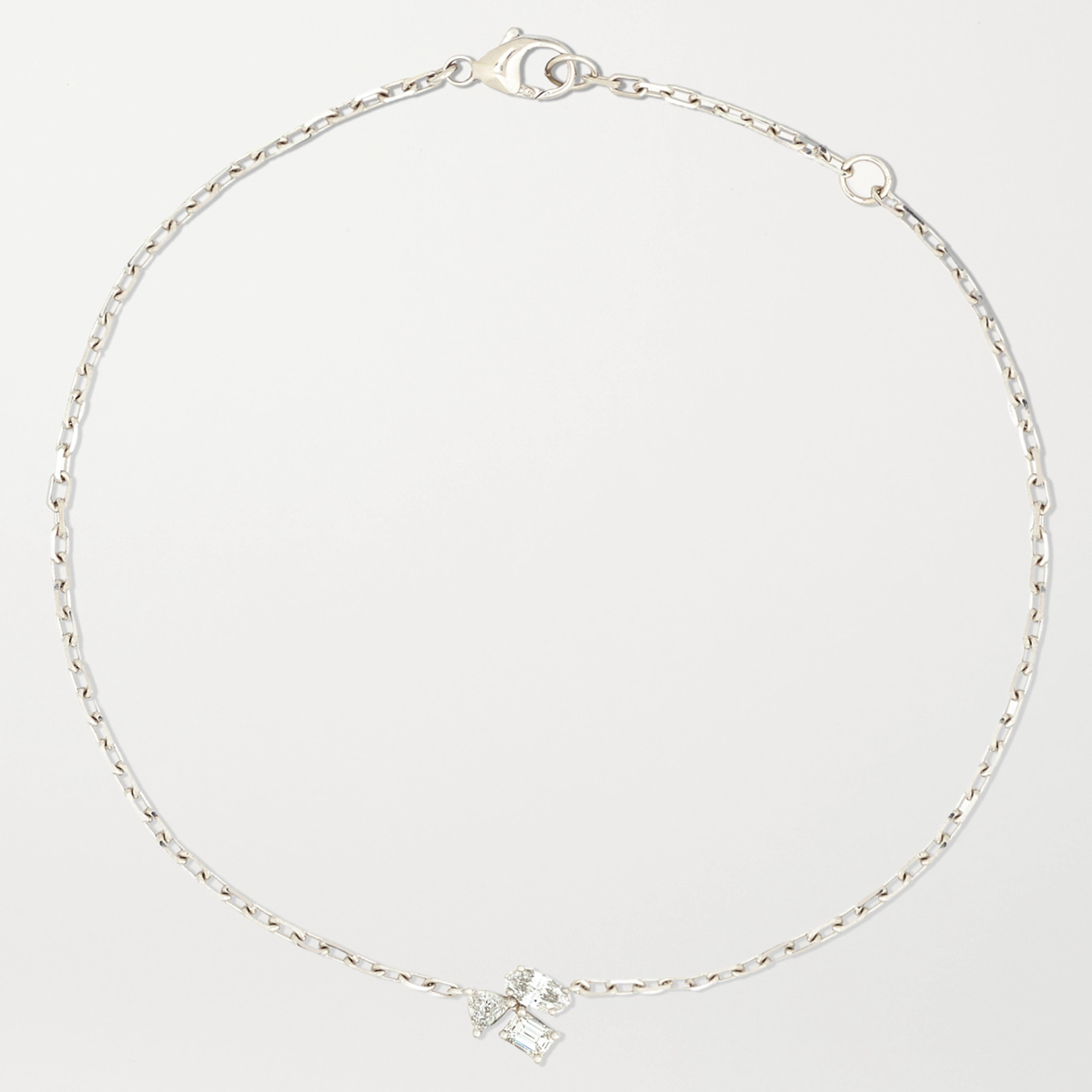 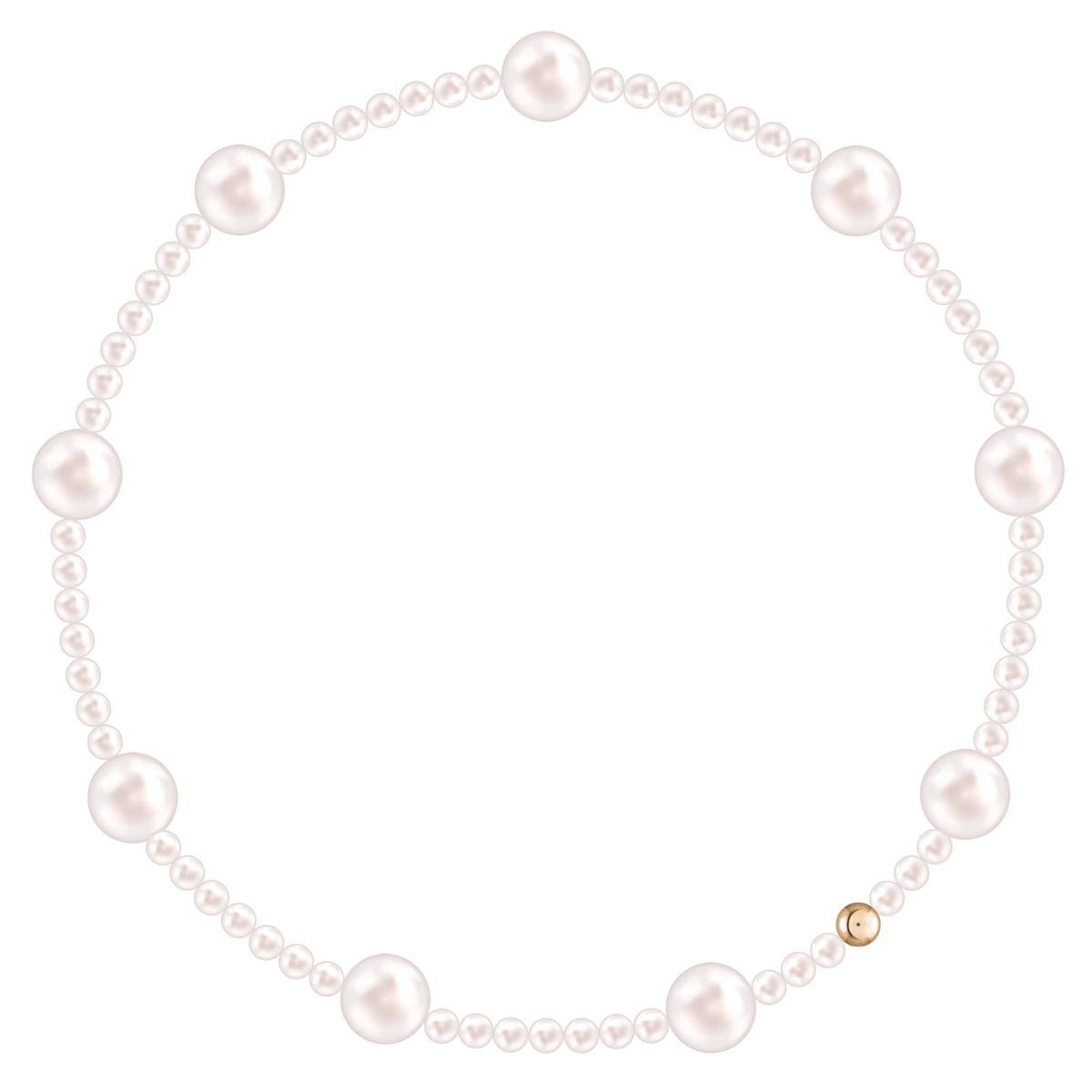 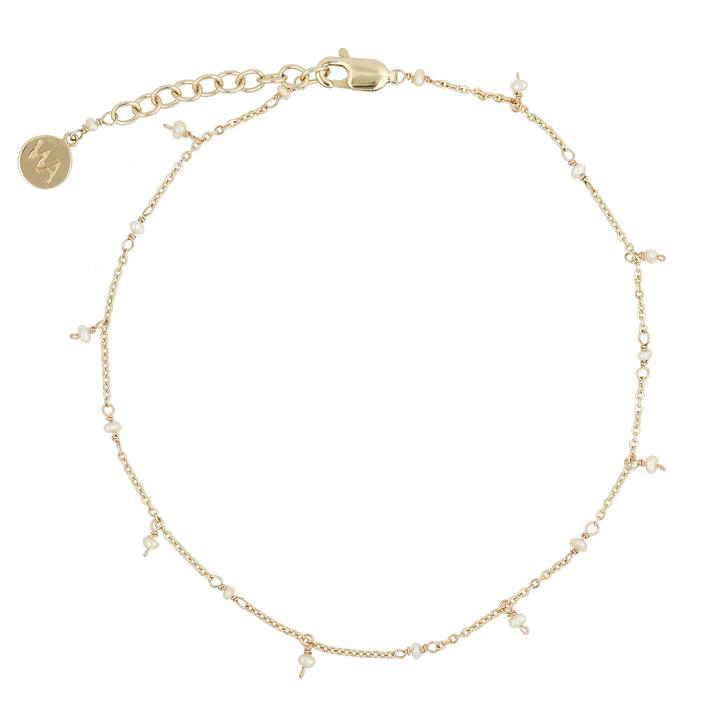 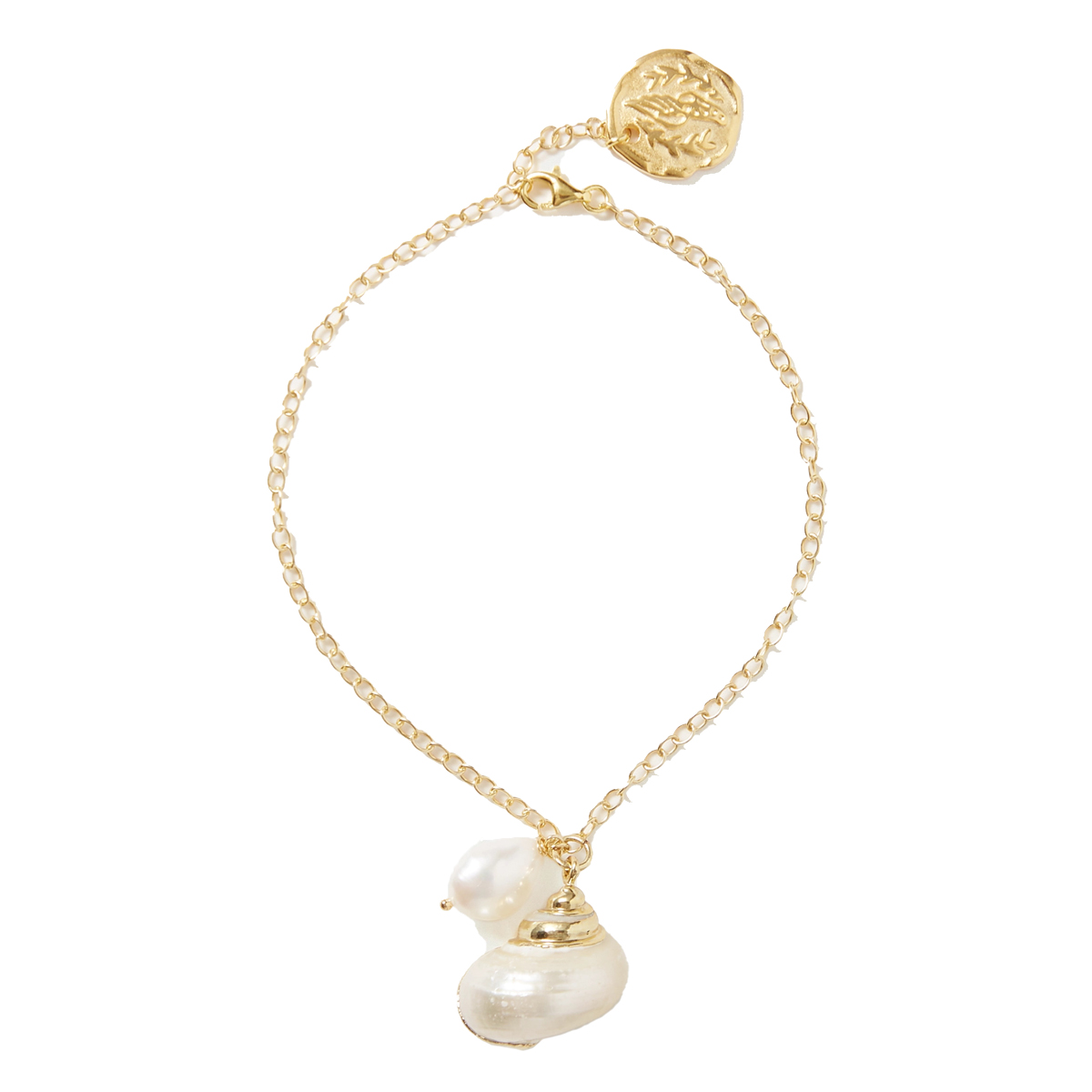 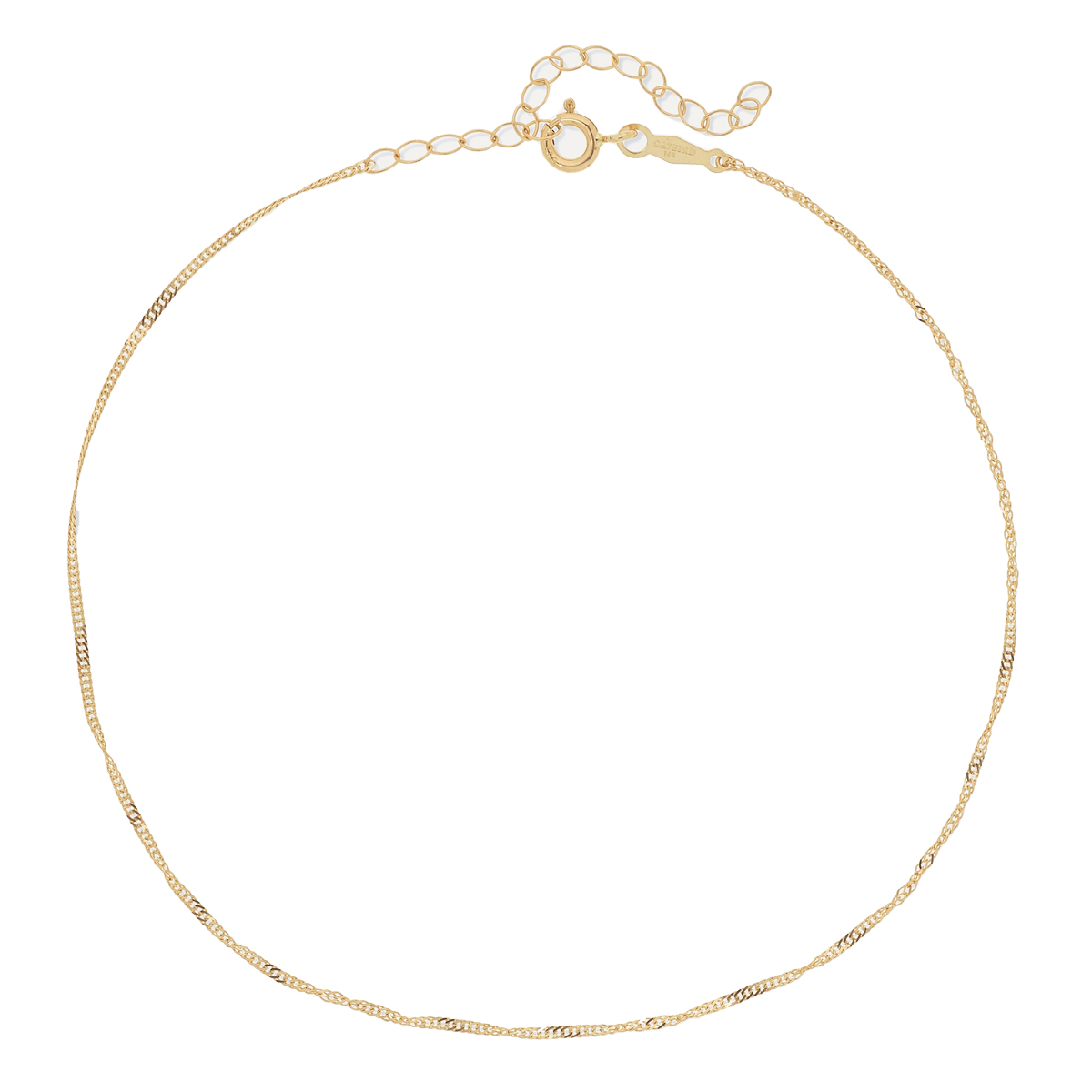 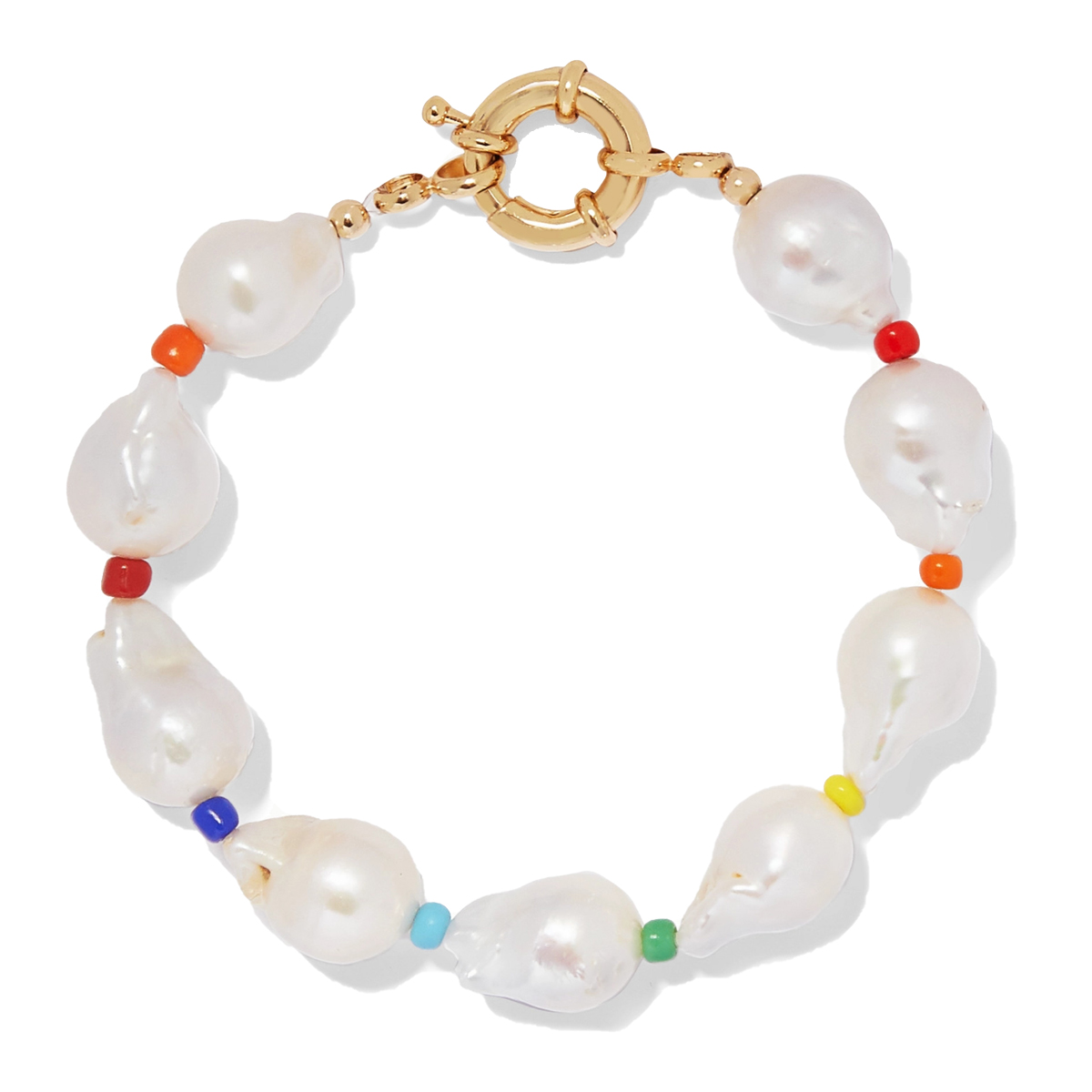 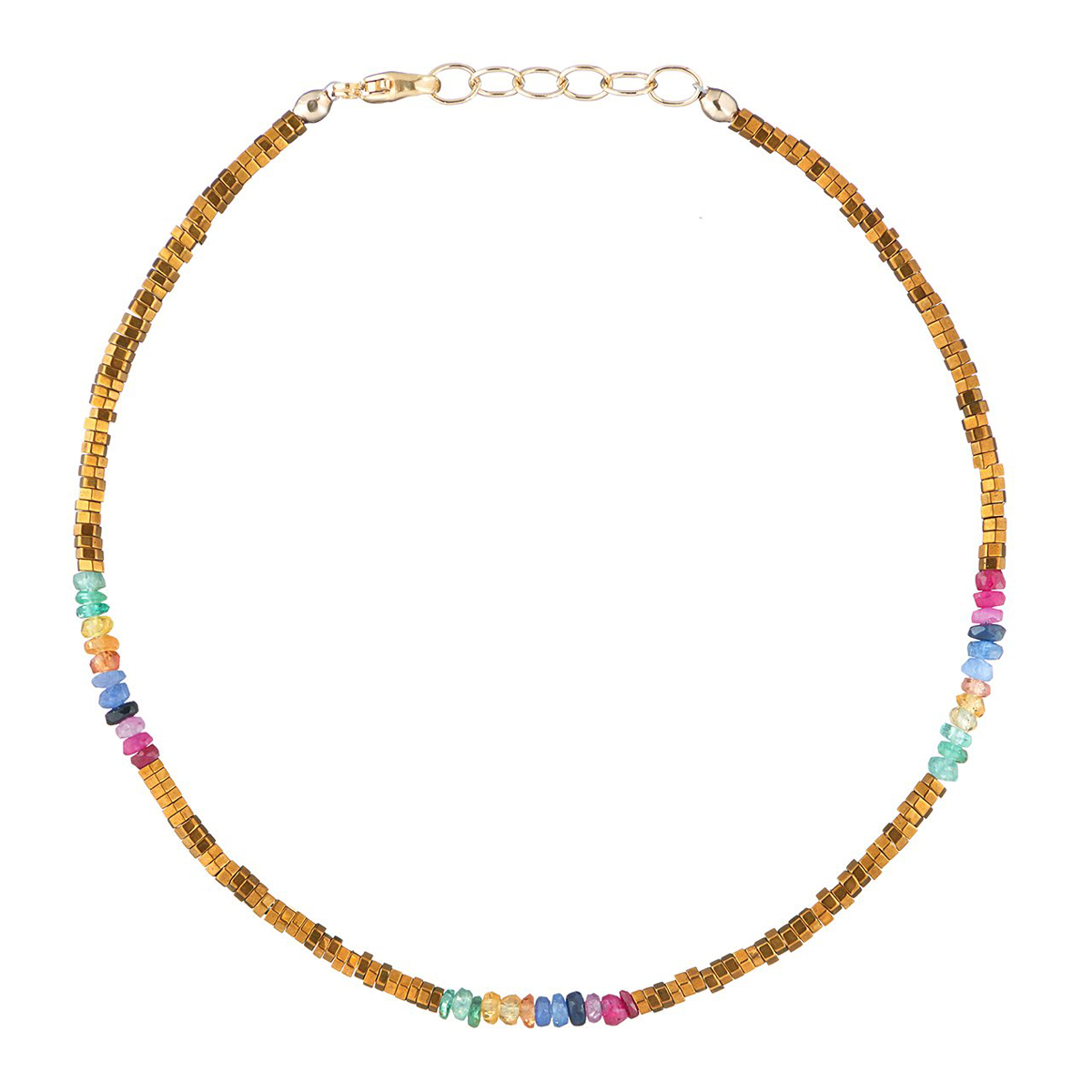 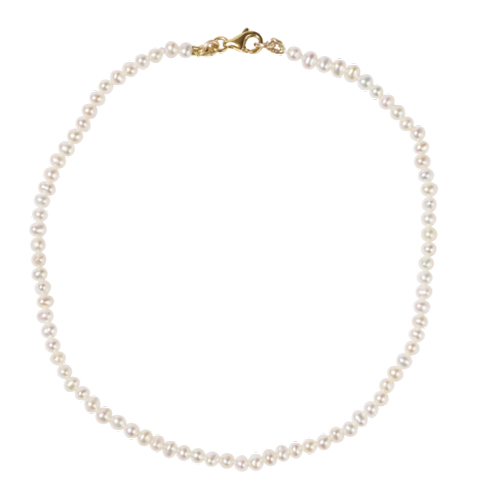 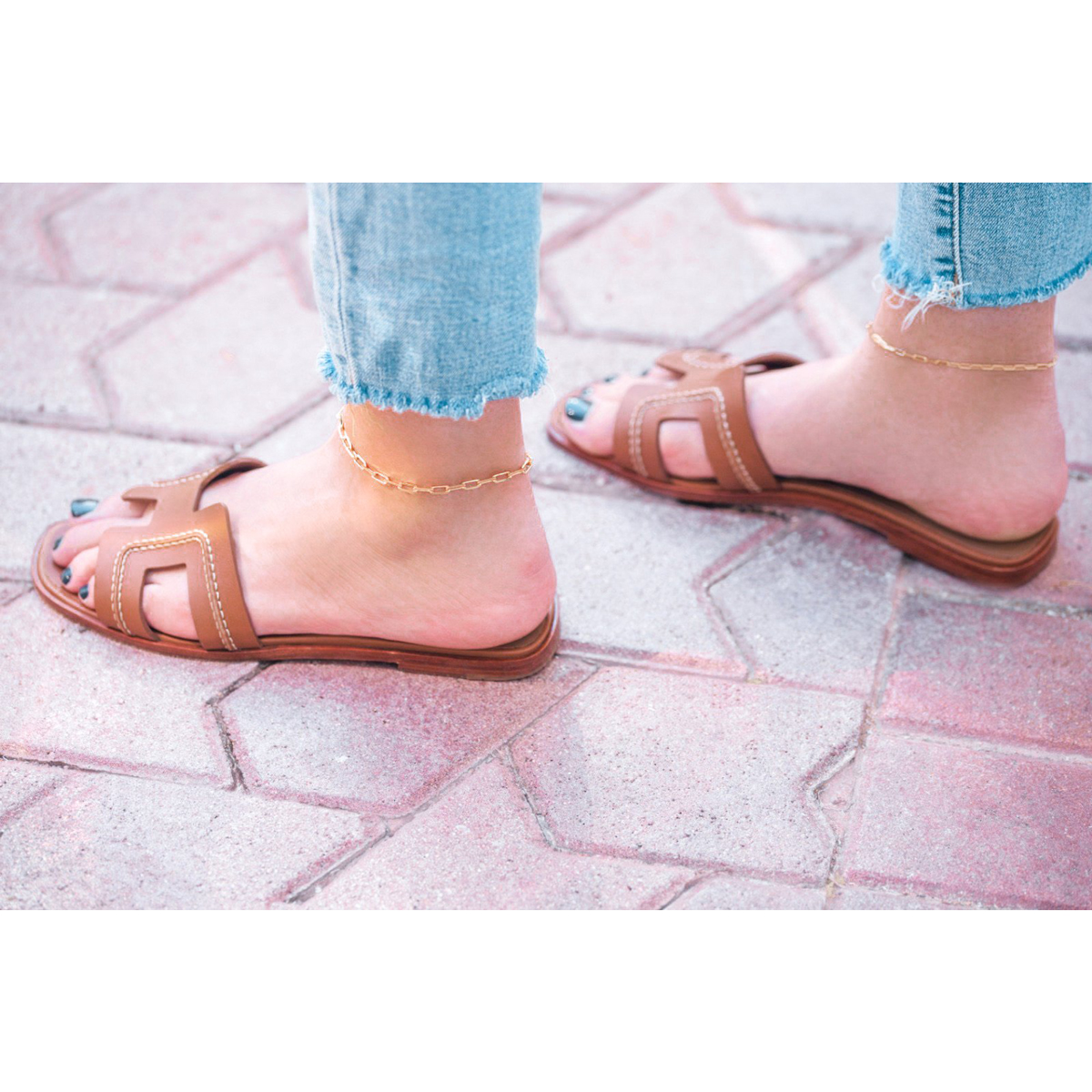 With Allegations Of Slavery And Unsafe Working Conditions, Is Boohoo The Unacceptable Face Of Fast Fashion?

Boohoo, owner of brands such as Pretty Little Thing and Nasty Girl has found itself embroiled in yet more controversy with claims that it is paying workers as little as £3.50 an hour according to an undercover Sunday Times investigation.

And this comes just days after it was revealed that a likely source of the increase in COVID-19 in the Leicester area, leading to a full lockdown being imposed last week, is from the garment factories in the City. It is thought that up to 75% to 80% of the garments made in Leicester factories are destined for Boohoo.

Even before these revelations, investors were revolting against a planned remuneration package which would see its leadership team net a total of £150 million between them if the market capitalisation of Boohoo reached £6 billion. It currently stands at £4.9 billion, more than double that of Marks and Spencer.

It is hard not to admire Boohoo in some ways, for there’s has been a stellar rise, fuelled by supreme agility and total commitment to engaging with their customers. They understand the power of social media better than most and they know what their customers want. Fast, affordable, in the moment fashion.

And that agility is paying off, last month’s Q1 trading statement showing a 45% increase in group revenue for the three months to May 31, remarkable given that this was when we were all in lockdown and not able to go out.

But what Boohoo did so expertly was to pivot from the Saturday night out Instagrammable outfit, to the sofa gear. And they did this with lightening speed.

Fast Fashion Comes At A Price

And of course, they rely on their customers not quite bothering to trouble their collective conscience with where and especially how their new clothes are manufactured. Let’s face it, how many of us take the trouble to check the label to see where our clothes have been made and find out the conditions of the workers before we purchase? Thought not.

Because affordability and speed to market are key, so what could possibly be wrong with buying British? Well, it now appears the answer is, plenty.

According to a Sunday Times undercover reporter, the same factory which paid their workers £3.50 an hour (minimum wage in the U.K. is £8.72 per hour for those over the age of 25) was also still operating during the lockdown in Leicester last week.

And it seems that this has cut through. Only last week, the home secretary, Priti Patel, asked the National Crime Agency (NCA) to investigate claims of modern slavery in Leicester’s clothing factories, describing the allegations as “truly appalling”. Adding that, “I will not tolerate sick criminals forcing innocent people into slave labor and a life of exploitation.

“Let this be a warning to those who are exploiting people in sweatshops like these for their own commercial gain. This is just the start. What you are doing is illegal, it will not be tolerated and we are coming after you.”

Up until this moment, the unsavory face of fast fashion had been epitomised by the dreadful disaster at Rana Plaza when the factory collapsed, killing 1,134 workers. However, it seems that Boohoo and the factories in Leicester which supply them are now rapidly assuming that mantle.

However, Boohoo has form in this regard. Back in 2017, Channel Four Dispatches found that workers in a Boohoo factory were given “strikes” for such as smiling or checking their mobile phones.

And according to The Daily Mail, in October 2018, Boohoo were named and shamed in parliament for producing £5 dresses which one expert warned would be of such low quality, charity shops would snub them.

But try telling a teenager that there’ll be no more Nasty Gal jumpsuits or Pretty Little Thing beer garden outfits? Because the sad truth is that while we publicly like to display our outrage, privately it remains pretty much business as usual.

Marks and Spencer may have a market capitalisation of “only” £1.9 billion, half that of Boohoo, however, I think I know which one of the two will likely still be around by the time we see out this decade.

Driven to the Edge (8 p.m., Lifetime) – In this new Lifetime movie, Tess is a young fashion designer who develops a bond with a fellow passenger …

Shop the Anklets Trend for Summer 2020

With Allegations Of Slavery And Unsafe Working Conditions, Is Boohoo The Unacceptable Face Of Fast Fashion?